How To Avoid Baby Vomiting After Feeding

As a new parent, you quickly learn that baby vomit is just a part of life. But did you know there are ways to help avoid it? In this post, we’ll share some tips on how to keep your little one from throwing up after eating. Keep reading for more information! 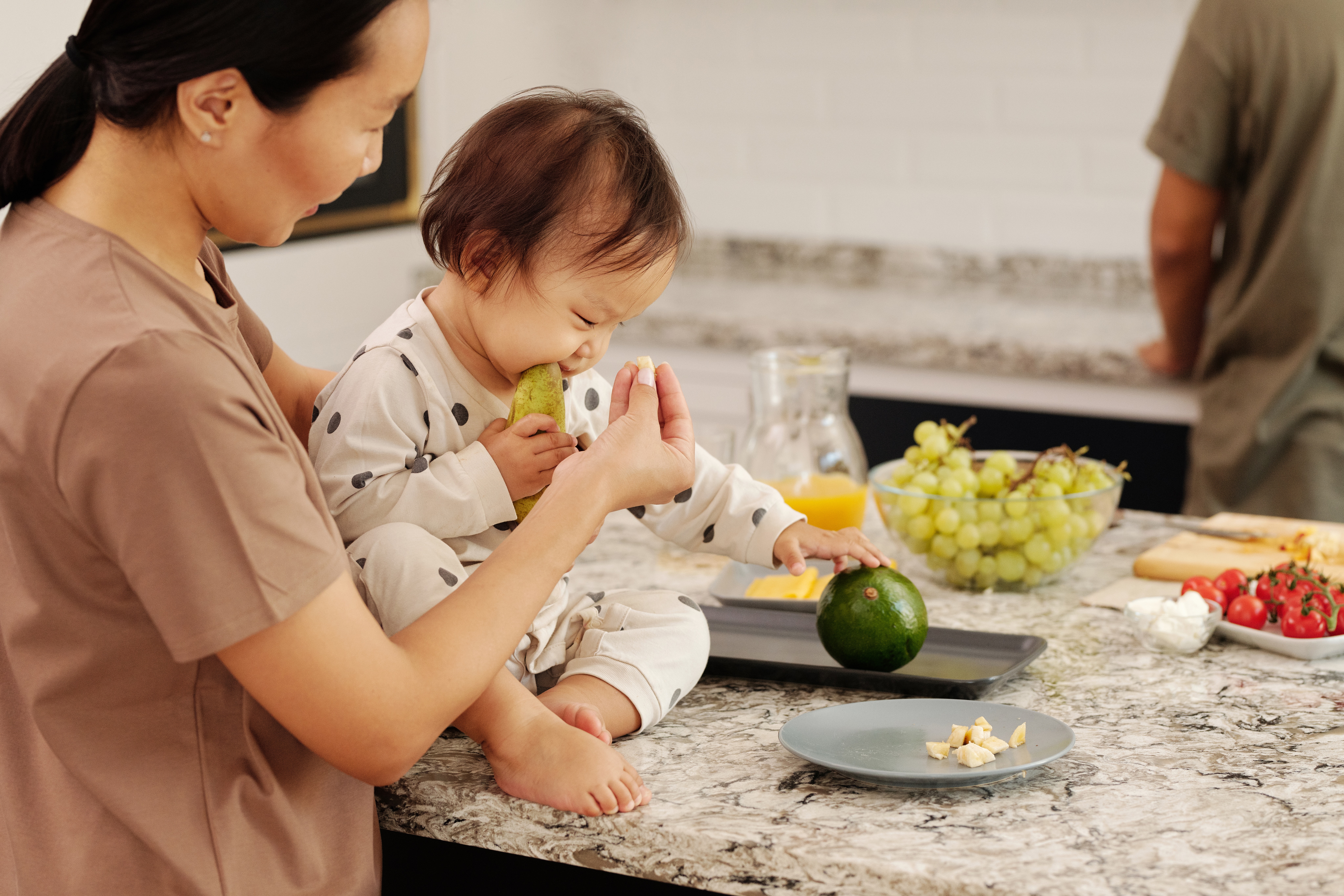 Vomiting is a common problem that can affect both adults and children. In babies, vomiting after feeding is often caused by milk intolerance or acid reflux. Most new parents are understandably worried about their baby vomiting after feeding. It can be scary and frustrating, but there are some things you can do to help avoid it.

Babies spit up or vomit after feeding for a variety of reasons. Some babies may be more prone to vomiting than others, such as when they eat too quickly or when their tummies are too full. However, in some cases, projectile vomiting can be a sign that something is wrong. When your baby is sick and vomiting frequently, it’s important to contact your healthcare provider to avoid situations of sudden infant death syndrome (SIDS).

Though the baby spits up occasionally as a result of overfeeding. It’s important to take action if your baby vomits after feeding more than just a few times. After all, a baby’s stomach can’t handle overeating or overfeeding. Your baby will start to vomit within seconds of the feeding and it may be projectile. There are several things that you can do to help avoid baby vomiting after feeding. In this blog post, we will share some tips on how you can avoid baby vomiting after feeding.

What should do to avoid baby vomit after feeding?

Generally, breastfed babies vomit after feeding when they eat too much food. For breastfeeding moms, it is important to notice their babies’ signals and body language to understand how much they eat. Sometimes baby’s stomach contents are too much or poorly digested and need to be passed out. It’s enough for the baby to vomit once after feeding if it is not related to illness. Look at below to avoid baby vomiting after feeding and they are

Most babies are satisfied after breastfeeding smaller amounts of breast milk. So, you can feed your baby 5 to 6 times in 24 hours if they are hungry. It is better not to feed them more than necessary or force the baby to eat. Vomiting occurs when the stomach contains too much food, so this will prevent it. As well gastroesophageal reflux disease is the result of overfeeding. Baby’s spit up is the first sign of this disease. The baby swallows large quantities of milk and then it goes back into the stomach, causing irritation and vomiting.

See also  5 Developmental Activities You Can Do with Your Baby

If your baby vomits after feeding, it is a good idea to feed him slowly. Make sure the baby’s mouth and lips are latched on properly and then use your hand to support the baby’s head. Keep the feeding nipple full of milk, and let it go into the baby’s mouth. If you hurry up, your baby might swallow air with milk causing gas pain and vomiting. Feeding time should be a very relaxed period of time, not stressed at all. As we said projectile vomiting after feeding is normal in newborns, so do not have to be worried.

3. Burp your baby after feed

Some babies, especially those that are formula-fed, do not vomit after feeding unless there is too much air in their stomachs. The reason for this is the baby’s inability to control the swallowing of air while sucking on a bottle. Additionally, burp your baby at least once after each breast or bottle feeding. You can also use an infant positioner or special baby-sized pillow to keep the baby’s head slightly elevated after they drink milk. Burp your baby about every 30 to 60 seconds during each feeding. American Academy of Pediatrics said that normal spitting up is not a cause for concern and it does not require medical treatment.

Baby upright position is the best position for preventing baby vomiting after feeding. It minimizes the intake of air and allows your baby to swallow more milk without regurgitating it back up. Once you have fed your baby, place him in a slightly elevated position so that all of the food will go down into his stomach instead of coming back up. In the case of pyloric stenosis affecting their lower esophageal sphincter, the baby’s vomiting is associated with feeding in an upright position. Dr Benjamin Spock, a world-famous paediatrician, said that one should put the baby in an elevated or almost sitting position after feeding.

Some newborns with gastroesophageal reflux disease usually vomit after feeding because they drink too fast. In this case, using a special nipple that has a small hole in it will help the baby take in less air when he is drinking milk. This also allows your baby to drink at his own pace and decreases the number of vomiting episodes. In the case of pyloric stenosis, using a nipple with a smaller hole can help decrease vomiting. Babies spit up more often when they are given bottles with bigger holes. Also, babies who drink too fast might be the cause of vomiting after feeding.

6. Change the position for feeding

Babies often vomit after feeding when the position is wrong. Some babies vomit because their mothers hold them too high, so you need to feed your baby in a way that baby’s tummy is at least half of the height of the bed. Try different positions while eating and discover what one works best for your baby. Baby poor weight gain can be a result of the wrong position while feeding. Moreover, gaining weight spits up and vomiting is a sign of overfeeding. Sometimes viral infections cause vomiting after feeding or it can be a sign of gastritis.

What are the causes for baby vomiting after feeds?

Moreover, the baby may also develop into colic, which is defined as intense crying that can be very upsetting. American Academy of Pediatrics recommends that there are many causes for baby vomiting after feeds. For example, the baby may have digestive issues from stomach pain to bowel movements. Besides that, it is vital for parents and caregivers to seek medical advice when they identify that there is a problem with their child. These causes are

Babies vomit after feeding due to overfeeding. They may get discomfort when they are filled with too much food at once, resulting in them vomiting whatever is inside their stomach. Naturally, baby’s spit up due to overfeeding, but it may be an indication of other issues if they are vomiting for more than one feed. However, these babies may also vomit due to gastric reflux or acidity in the bowels. It is vital for parents and caregivers to keep track of how much their baby consumes every day by taking notes of food intake, and talking to their pediatrician if they suspect that there is an issue with feeding.

Babies vomit after a feed due to constipation. It can be a sign of bowel obstruction, which is a problem with stool movement inside the baby’s intestines that results in them being unable to let go of waste from their body. The baby may experience pain when they cannot poop, and this causes them to push hard against their lower esophageal sphincter muscles. It can be caused by feeding intolerance, milk allergy or food intake. Sometimes a baby own diet for their muscle contractions that will lead to constipation.

Babies vomit after feeds due to lack of burping. Some babies are very sensitive when being fed, and will have discomfort that may cause them to vomit whatever is inside their stomach. It can be caused by feeding intolerance or milk allergy. They tend to gulp down more food than the digestive system allows at once, which causes bloating in the abdomen. The stomach is filled with gas, which pushes against the sphincter muscles. This is when they vomit whatever is inside their system to let go of the pressure. Besides that, some babies are sensitive to strong food odours like garlic or onions that may cause them to vomit as well. It can also be caused by a milk protein allergy.

See also  How to Keep Baby Warm at Night and Minimize SIDS Risk?

Babies vomit after feeds due to infant reflux disease. It happens when the LES muscles weaken, allowing stomach contents to flow back up into their esophagus and mouth that causes allergy, asthma or even pneumonia. The baby may have acid reflux that can be triggered by certain food intake or feeding intolerance. They tend to feel uncomfortable after feeding and will spit up whatever they have inside their system without restraint. Sometimes viral infections can affect the baby’s nervous system that may cause them to vomit.

Babies vomit after feeds due to stomach viruses or bacteria. Sudden vomiting can be a sign that the baby has caught an illness. It is vital for parents and caregivers to keep track of their baby’s health by taking them to see their pediatrician regularly for checkups. They may also have diarrhea, which is defined as having loose stool that is more frequent and looser than usual. Babies stomach contents are essentially undigested milk. If the baby has diarrhea, it means there are no more nutrients in their stomach and they can become dehydrated quickly.

Babies with lactose intolerance will likely vomit after feeds. This condition can happen in babies who are exclusively breastfed and their digestive system is not used to digest cow’s milk. In most cases, gastroenteritis will be the culprit and doctors may prescribe antibiotics and suggest for babies to drink dextrose fluids. If the baby has been vomiting for a long time, it is best to see a doctor immediately because the baby may have a serious illness. The green bile that babies often bring up is actually their stomach contents that including bile and intestinal fluids. Parents should not be alarmed just because the baby has vomited. The poor growth of the baby can be due to other factors such as food intolerance, lactose intolerance or even stomach virus.

Therefore, to avoid baby vomiting after feeding, it is best to burp your baby before putting them down or switching breasts. This will help reduce the chance of gas buildup in their intestine which can lead to colic and stomach pain. Furthermore, you should not use any medication for this problem without consulting with a pediatrician first as some medications may make symptoms worse. While some babies are just sensitive to certain types of formulas. Others have more serious conditions like food allergies or intolerance which need medical attention. To help prevent this from happening again in the future, try changing brands or ingredients until you find one that makes your baby feel better and stay full for longer periods between feeds. If you have any queries regarding the above context then feel free to reach us through a comment section below.

Why do some babies delay walking

When is Baby Too Big For Bassinet?

See also  5 Developmental Activities You Can Do with Your Baby

Where Did My Body Go? How to Regain Confidence in the New You, Following Pregnancy

Fight Back at Baby Blues: A Guide to Different Therapies to Help Post-Partum Mothers

The 7 Best Online Math Tutoring Services for Kids of 2022