How Much Does LFT ( Liver Function Test ) Price in India 2022

If you are in India and need a liver function test, you may be wondering How Much Does LFT ( Liver Function Test ) Price, You are in right page we have listed cities wise LFT test price in India 2022.

Liver function test is one of the common tests that are done to check the overall health of the liver. The price of lft test in India may vary depending on the hospital or diagnostic center you go to. However, a basic lft test price range between Rs. 500 and Rs. 1,500 in India. Here we will provide you with an estimate of how much lft test would cost in different cities of India.

India is the world’s second most populous country with over 1.3 billion people, India is also home to some of the best healthcare in the world with affordable hospitals and clinics abound, and patients have access to some of the latest treatments and technologies. And if you need a liver function test, you’re in luck – India offers some of the best medical care for this type of procedure.

What is the LFT test Price in India?

The LFT test, or Liver Function Test, is a blood test designed to measure the function of the liver. The lft test price in India can vary depending on the city you’re living in, but on average, you can expect to pay between Rs. 500 and Rs. 1500 for this procedure.

LFT Test Price in India 2022 According to Cities

See also  Is Getting A Microbiome Home Test Worth It?

Why Does a Person Need a Liver Function Test?

A person needs a liver function test to determine how well the liver is working. The test can help to identify problems with the liver, such as infection, obstruction, or cancer. It can also help to measure the amount of damage that has been done to the liver.

LFT is usually recommended for people who have symptoms of liver disease, such as fatigue, nausea, vomiting, abdominal pain, dark urine, or yellowing of the skin or eyes. LFT may also be ordered if you have risk factors for liver disease, such as diabetes, high cholesterol, obesity, or a history of alcohol abuse.

What Happens During an LFT Test?

During an lft test, a small sample of blood will be taken from your arm and sent to a lab for testing. The results of your lft test be available in a few days.

If your lft test results are abnormal, may need further tests to determine the cause. These tests can include imaging tests, such an ultrasound or CT scan, or a biopsy of your liver.

How to Prepare for Liver function (LFT) test?

The best way to prepare for a liver function test is to stop drinking alcohol and caffeine for a few days before the test. You should also avoid eating fatty foods.

You will need to fast for at least 8 hours before the test. Drink plenty of water in the hours leading up to the test, but don’t drink anything else.

See also  6 Tips to Protect Your Feet While Exercising

What are the risks of an lft test?

There are no risks associated with an lft test, as it is a simple blood test. However, if you have any concerns, be sure to speak with your doctor.

We hope this article has helped give you some insight into lft tests and lft test prices in India. If you have any further questions, be sure to speak with your doctor.

A liver function test measures how well your liver is working. The test can help diagnose or monitor a number of liver diseases, including hepatitis, cirrhosis, and cancer.

Liver function tests (LFTs) are a group of blood tests that measure different enzymes and proteins in the liver. These tests can be used to assess liver damage or inflammation, and to help diagnose liver conditions such as hepatitis or cirrhosis. LFTs may also be ordered when a person is taking certain medications that can affect the liver.

Doctors usually recommend LFTs when they suspect that a person has a liver problem based on their symptoms or other medical test results. LFTs can help confirm the diagnosis and evaluate the severity of liver damage. In some cases, LFTs may be ordered on a routine basis to monitor a person’s condition over time.

LFTs are generally recommended for people who have symptoms of liver disease, such as fatigue, nausea, vomiting, abdominal pain, dark urine or yellowing of the skin or eyes. LFT may also be ordered if you have risk factors for liver disease such as diabetes, high cholesterol, obesity or a history of alcohol abuse. 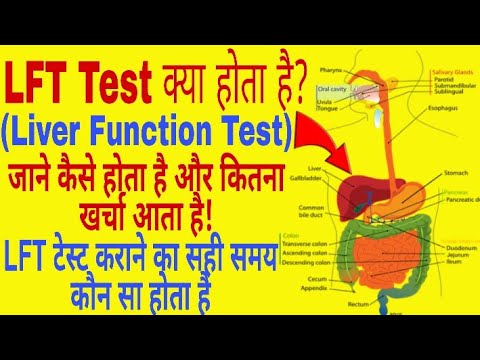 India is the world’s second most populous country with over one billion inhabitants, and it is the seventh largest country by land area.

India has a diverse landscape that includes the Himalayan mountains, the Indian Ocean, and the Thar Desert.

The Taj Mahal, one of the Seven Wonders of the World, is located in India.

Other popular tourist destinations in India include the cities of Agra, Jaipur, and Varanasi.

The first recorded civilization in India was the Indus Valley Civilization, which flourished between 2600 and 1900 BCE.

Who Benefits Most from Chiropractic Care?

How An Automatic Defibrillator Can Save Your Family

See also  Is Getting A Microbiome Home Test Worth It?

Behind the Design: A Cosy Breath-taking Living Room Makeover

4 Tips To Encourage Resilience in Kids