When Do Kids Learn Letters?

As a parent, you are probably wondering when your child will start to learn letters. This is typically around the age of 3 or 4 years old. By age 3, most kids start to recognize half of the alphabetic letters. Around age 4, they start recognizing all the individual letters and their correct order.

However, studies show that there’s no right answer to this question. Most kids pick up letters and reading very early on while others take a little longer to get the hang of it.

It’s never too early to start teaching your young children! Once they’re able to sit still and focus on one thing for more than 30 seconds at a time, it might be time for them to learn about letters. “Letters can be introduced by using various types of media such as alphabet books, alphabet cards, games, puzzles, and flashcards.” You may also want to make sure they know their ABCs because this could come in handy later on down the road!

What is a letter?

Letters are symbols that represent sounds. They’re made up of lines and curves drawn in a certain order with different thicknesses and lengths to represent the sound that a word makes when spoken aloud. Letters combine to form words, sentences, paragraphs, etc., which is why child learns about letters as early as kindergarten!

A letter is a written representation of speech sounds. Letters are usually arranged in an order, called the alphabet. There are 26 letters in the English alphabet, but other languages may have different numbers of letters or symbols to represent their spoken sounds. When writing down words it can be difficult to tell which letter follows which because they all look very similar. For example, b and d both use two straight lines for legs and a curvy line on top.

Kids even face this issue when they start learning letters. But with time, they become able to understand them and their usage.

What is the best age to teach kids letters or their ABCs?

It’s hard to say, but most experts agree that learning letter don’t have a set age. What matters more is what your child is ready for. But one can start teaching the child letters at the age of 3 or 4.

“One thing you can do with your child at any age is make letter flash cards. These are great because they allow you to talk about each letter and how it sounds, as well as play games like “I Spy”. You can also buy alphabet puzzles that will help your child learn the shapes of each letter.”

There are plenty of other ways to introduce children to the alphabet too! Some people recommend using simple books with just one word per page. Your toddler may think these words are just fun to say! You can make your child learn ABC songs as well. Like ‘A says “Ah!”‘ and ‘B says “Bee!”‘. But you don’t have to limit yourself to that song.

How to teach kids letters?

When it comes to teaching children the alphabet, there are so many ways you can go about doing it. There is a range of age-appropriate books and activity kits designed specifically for this purpose. In addition, some games and lessons can be used to teach your children letters too!

The best way to teach kids letters will depend on the child’s age and preference. If they enjoy being read aloud to or participating in interactive activities then getting them a set of flashcards with pictures representing each letter may be a great option. If they prefer something more hands-on then maybe building a letter wall out of colored blocks would work better for them!

10 Tips for parents who want to teach their kids letter

Parents want to give their children the best possible experience in life. The world is changing all the time, and parents need to help their kids navigate through these changes. One of those changes is with words and letters. It used to be that people learned how to read by learning letters. But now there are so many different ways that people can learn how to read or even just recognize letters. Below are some tips that parents can use to teach their kids letters.

Flashcards are a great way to help your child learn new words, letters, and numbers. You must use cards that have enough space for the word or number to be written on both sides of the card. This will allow your child’s brain to see something different from side to side which can aid in retention. Make sure not to overwhelm them by using too many cards at one time and don’t expect them to memorize every single card they see!

Kids love to play games, and matching games are a great way to help them learn letter recognition. Matching games can be played with cards or other objects that have letters on them. Each card has two letters on it (one capital and one lowercase). The parent needs to tell the kids which letter is missing from the set of cards they are holding. They then need to take turns picking up cards until they find the one that matches their clue. This game helps kids see how every letter has an uppercase and lowercase version, as well as build memory skills by remembering where each card is in relation to all the others!

Make sure you choose an appropriate level for your child’s age range. For example, preschoolers may not need as many matches as kindergarten students to complete the game successfully. Be creative with your games! You could use animals instead of letters or create a version where players trade cards when they match two pairs instead of just one pair like in traditional card games.

You can even try playing matching games with all 26 letters at once! It might seem like a lot. But when they become familiar with where each letter is in relation to the other letters, it becomes easier.

Drawing blocks are a fun way to capture the attention of your little one and help them learn letter recognition. When you take turns drawing the blocks, they will have an easier time remembering what each block represents when it’s their turn. This game can also be incorporated into other learning activities like counting or telling time!

4. Asking them to find things

You can help your child start to learn letter recognition by asking them to find items in their environment that begin with various letters. For example, you might ask them to find something that starts with ‘p’ or ‘b,’ then ‘c,’ then ‘g.’ This is an especially great game for you to play when you are in the car together.

4. Writing the letters they know

As your kids typically learn letter recognition, you can help them practice with simple writing prompts that include different letters they have learned! For example, ask them to write out the words ‘cat’ or ‘dog’ to help them learn the connection between letters and sounds. Try writing out different words to help your little one identify which letter is used in each word. Remember, not every word they write will be perfect! The important thing is that they are practicing writing and making progress towards becoming a better writer.

Bingo is a classic game that kids love to play! You can help your child learn letter recognition by playing Bingo together. You can buy bingo cards that have letters on them, or you can make your own. When it’s time to call out the different Bingo spots, see if they know which letter is used for each spot! This game is perfect for helping kids learn letter recognition because their focus will be drawn to the spaces instead of the letters.

Grab two sets of cards with letters on them so you and your child can play matching games together. You can either use letter cards or objects that begin with each letter sound your child knows. See if they can match the sounds to the corresponding letter! If you are using object cards, take time to explain what each item is and how it begins with the letter they are matching. This game will help kids learn letter recognition, as well as introduce them to word-building concepts.

Kids love singing songs with lyrics about letter sounds. Songs help kids learn to recognize the letters in words and how they sound. Several such songs are present online. Parents can search and can start teaching their kids singing songs.

The songs will have lyrics like A for Ah, B for Bee… This way your child will not only learn about letters but will know new rhyming words as well.

Take out some paper and pencils, or just use scraps of paper if don’t have any. Write out all 26 letters on separate pieces of paper. Have the child draw one letter at a time, starting with A-Z, but not telling him what letter it is until after he has drawn it. When he draws an “A” for example, say “you drew an A!”

Then follow this process for other letters as well. This way kids will not face much difficulty in learning the new letters.

9. Give kids books that have letters

This is a very easy tip to start with. You can tell your kid to see a book that has all the letters written on it. Firstly tell the kid to just turn the pages and have a look at the letters. When they will do that, inform them of the names of the letters. Plus tell them to draw the same kind of shapes below.

When kids start to learn something, they can do mistakes. They can feel stuck in learning the first letter. But it is okay to do that. If your child do any mistakes then correct them with love and care. Slowly they will learn and understand the alphabet letters. They will know lowercase letters and uppercase letters.

Most children learn letters in a variety of ways at various ages. Many children learn letter sounds and then associate them with the letter shapes that they see, while others may only recognize letters when they are combined into words. Parents should help their kids by providing opportunities to practice reading and writing as much as possible for best results. The more time spent learning, the faster children will be able to identify letters!

What to eat during pregnancy for intelligent baby

How To Introduce Your Kids To Cooking

What is Cow Milk Protein Allergy in Babies 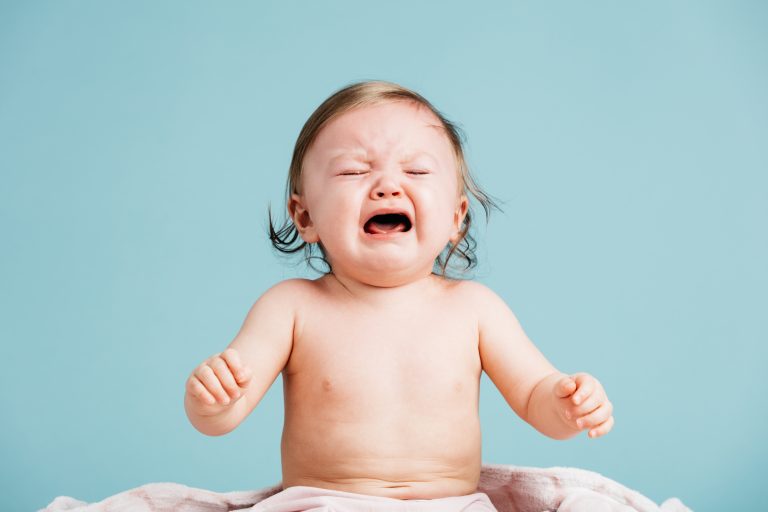 Tips to Deal with a Whiny Baby

When is the Right Time to Re-Shingle Your Roof to Save Further Damages?

How Can Women Choose and Wear Their Straw Fedora Hats?

Making Time To Explore Old & New Hobbies As A Mom

3 Tips to Sell Goods from Home